BOOKING INFORMATION: Due to the limited size of The Coach House Theatre, customers will be asked to wear face coverings beyond 19th July.

Will China and the West ever understand each other? Sir Claude MacDonald, formerly Her Majesty’s Minister Plenipotentiary to Peking, does his best to resolve the issue.

‘Chinese Boxing’ is a topical and entertaining one-man show with a powerful message about China and ‘The West’, inspired by the Siege of the Legations (diplomatic quarter) in Peking, during the Boxer Uprising of 1900. The foreign diplomats held out for 55 days until relieved by an international force. Sir Claude commanded the defence.

In 1912 Sir Claude gives an illustrated talk to the Malvern branch of the Royal Asiatic Society. He describes his work in China and the origins of the Boxer Uprising. As he reaches a critical point in the siege the scene shifts to an antechamber in the Imperial Palace in Peking in 1900. The battle is raging a few hundred yards away. General Ronglu, commander of imperial forces, waits to report to the Empress Dowager. He assumes the audience is a foreign delegation. He gives his side of the story. It is not straightforward. He breaks off when the allied relief force batters on the gates of Peking. Pandemonium. Panic. Sir Claude is absent. Someone must step forward, calm the audience and conclude the story.

The performance will be followed by a Q and A on relations between China and the West. Besides a playwright and actor, Mark Kitto is a respected China pundit, author of the books ‘China Cuckoo’ and ‘That’s China’. He contributed a long-running China column to Prospect Magazine.

‘A stimulating and original show,’ Jonathan Freedland, Guardian and Radio 4 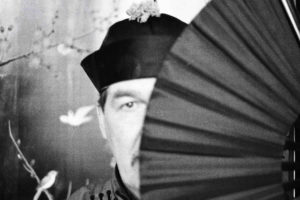 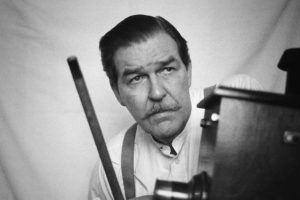