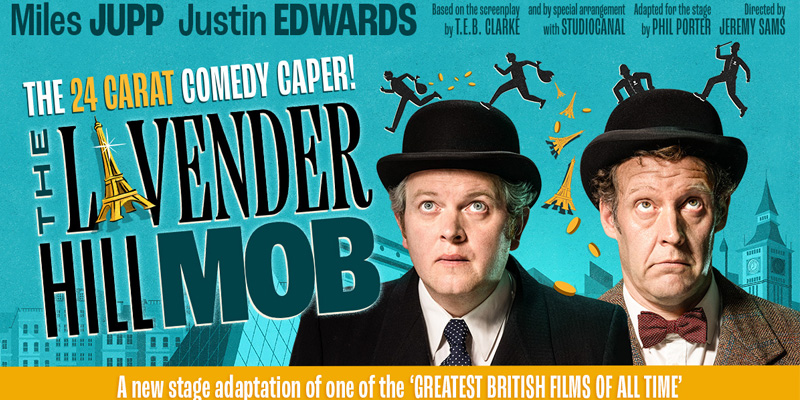 The men who broke the bank and lost the cargo are back! The world premiere adaptation of The Lavender Hill Mob, the classic Ealing Comedy, is heading to Malvern!

Come and see one of the “greatest British films of all time” (BFI) brought to life on stage by Olivier-nominated playwright Phil Porter, directed by Tony and Olivier-nominated Jeremy Sams and starring acclaimed comic actors Miles Jupp (A Very British Scandal, Mock The Week, and Why Didn’t They Ask Evans) and Justin Edwards (The Thick of It, 1917 and The Ferryman).

This side-splittingly funny, fast-paced comedy tells the story of Henry Holland, an unassuming bank clerk who dreams of stealing the van full of gold bullion he drives across London each day. When Henry learns that his new lodger makes Eiffel Tower paperweights out of lead, he devises a plan to make his dream a reality. It’s a golden opportunity to pull off the crime of the century, they’d have to be fools to mess it up …

Come and rediscover this much-loved classic in this brand-new stage play that promises to be the most fun night out of the year!