Emma Johnson is one of the few clarinettists to have established a career as a solo performer. It has taken her to venues all over the world. She grew up in London and her career was launched at the age of 17 when she won the BBC Young Musician of the Year Competition, followed by the Young Concert Artists Auditions in New York. She has made some 30 recordings to date; her album English Fantasy has been streamed 3 million times on Spotify whilst Voyage and The Mozart Album both reached the top of the classical charts.

A passionate advocate of the clarinet as a solo instrument, Emma has commissioned new works from composers such as Sir John Dankworth, Sir Michael Berkeley and Jonathan Dove. She also enjoys giving concerts with her own group, Emma Johnson and Friends and is known for her eclectic programming, which has ranged from Mozart with Sir Yehudi Menuhin to Klezmer at the Jazz Café and Jazz with Dame Cleo Laine.

Emma studied Music and English at Cambridge University and was the first woman to be made an Honorary Fellow of Pembroke College. In 2020 she received the Cobbett Medal from the Musicians’ Company Guild in the City of London for distinguished services to chamber music. She was honoured by the Queen with an MBE in 1996. She plays a clarinet by the English instrument maker, Peter Eaton.

Emma Johnson is joined by the Carducci Quartet who are regular visitors to the club. 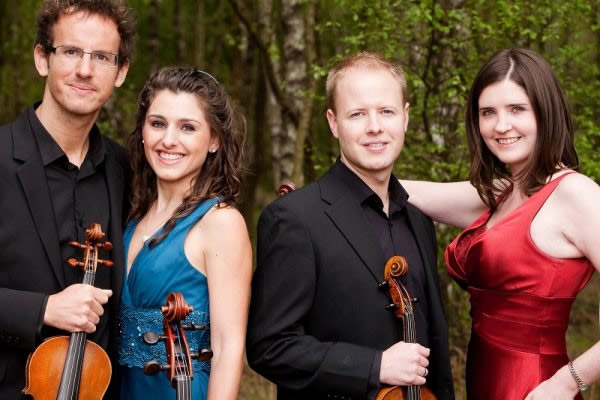