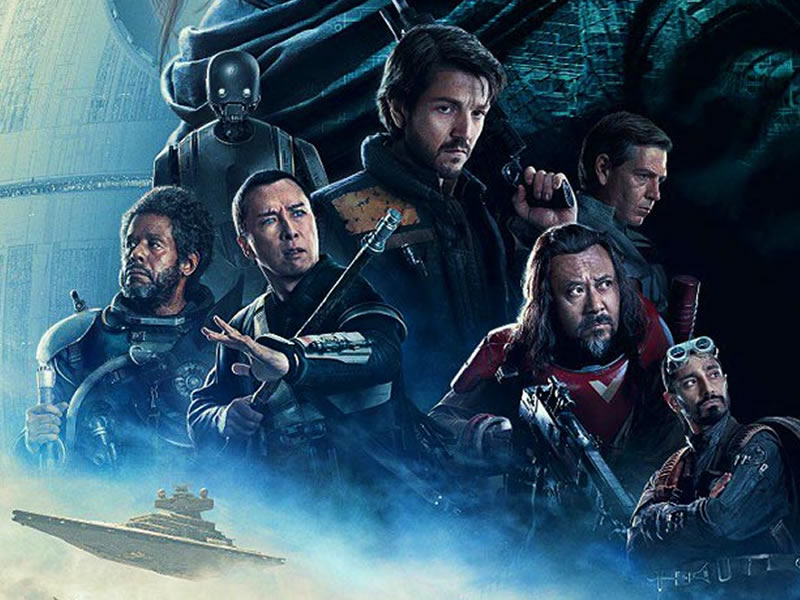 Soon after the Galactic Empire is founded, word gets out that the Emperor has ambitious plans for a space station that will act as a super-weapon to help enforce his Empire’s steely rule.

Its name? The Death Star.

In an attempt to stop him, the Rebel Alliance puts together a motley crew of fighters and send them on a daring mission to steal the plans for the project.

One such fighter is Jyn Erso (Felicity Jones); an unruly young rebel whose questionable past makes her a risky choice for the assignment.

Will playing a wild-card prove to be a winning hand for the Rebel Alliance or will Jyn’s impetuous temperament land them in hot water?

After the phenomenal success of Star Wars: The Force Awakens (2015), cinema-goers were once again hungry for more of the epic space opera saga and began eagerly anticipating Star Wars: Episode VIII (2017).

Rogue One: A Star Wars Story is a spin-off project which acts a nice appetiser for fans of the franchise, featuring a talented cast in its own right and several surprise cameos.

Felicity Jones has impressed in films such as The Theory of Everything (2014), The Amazing Spider-Man 2 (2014) and Inferno (2016); here she plays the rebellious Jyn Erso.